Jeremy Fowler of ESPN reports that the Philadelphia Eagles claimed DB Jimmy Moreland off of waivers from the Texans on Monday. 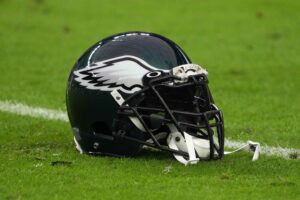 Moreland later reverted to their injured reserve. Washington waived him with an injury settlement and he was claimed off of waivers by the Texans at the start of last year.

In 2021, Moreland appeared in seven games for the Texans, but did not record a statistic.