The New York Giants are activating punter Riley Dixon and long snapper Casey Kreiter from the COVID-19 list on Monday, according to Art Stapleton. 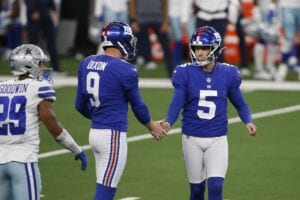 Dixon was in the final year of his four-year, $2.42 million contract when he agreed to a three-year extension with the Giants last year.