Mike Garafolo reports that Giants RB Saquon Barkley was back at the team’s facility on Friday after it was determined that he had a false positive COVID-19 test earlier this week. 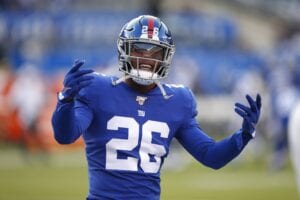 Kim Jones adds that S Xavier McKinney is also being activated from the COVID-19 list.

The Giants had several positive tests on Wednesday, but most appear to be false positives so it would not be surprising to see more players activated from the list.

Giants GM Dave Gettleman Unlikely To Be Back Next Year