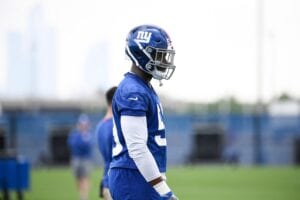 This move was expected after Carter suffered a ruptured Achilles last week.

In 2020, Carter appeared in five games for the Giants and recorded 15 tackles, a sack and a pass defense.