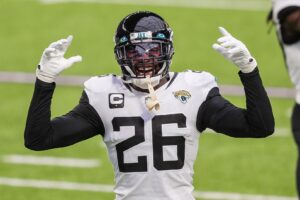 Williams will revert to the team’s injured reserve list should he clear waivers on Tuesday.

Wilson, 28, signed on with the Jaguars as an undrafted free agent out of Michigan back in 2016. He was entering the second year of his three-year, $7,250,000 contract when the team exercised his 2021 option.

Wilson was among Jacksonville’s final roster cuts coming out of the preseason and signed to the Jets practice squad. From there, he joined the 49ers midseason.

In 2021, Wilson appeared in nine games for the Jets and 49ers, recording 14 tackles, one sack and no interceptions.