Izzo, 25, is a former seventh-round pick of the Patriots back in 2018. He was in the final year of his four-year, $2.5 million rookie contract when the Patriots traded him to the Texans this past March.

Houston opted to waive Izzo earlier in the week.

In 2020, Izzo appeared in 12 games for the Patriots and cacught 13 passes for 199 yards receiving and no touchdowns. 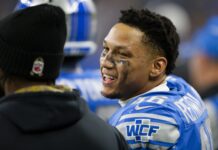 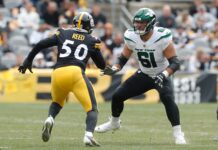