Tom Pelissero of NFL Media reports that the Giants are signing QB Jake Fromm off of the Bills’ practice squad. 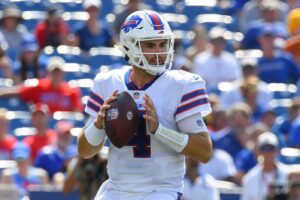