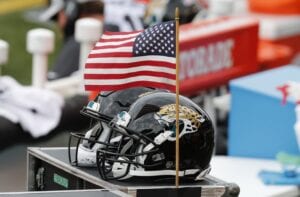 Jones, 24, is a former second-round pick of the Eagles back in 2017. He was in the final year of his four-year, $6.14 million contract that included $3.814 million guaranteed and set to make a base salary of $1.3 million for the 2020 season when the Eagles waived him coming out of training camp.

The Jaguars quickly signed Jones to their practice squad after clearing waivers and he was later promoted to their active roster.

In 2020, Jones has appeared in nine games for the Jaguars and recorded 26 tackles, two interceptions, a forced fumble and nine passes defended.