Brett McMurphy reports that the Jaguars are expected to hire former USF/Texas/Louisville HC Charlie Strong as the team’s linebackers coach under Urban Meyer. 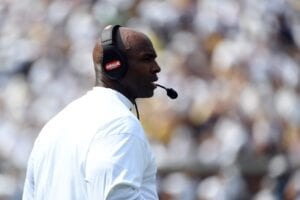 Strong, 60, began his coaching career at Florida back in 1983. He worked for a number of schools before returning to Florida as their defensive coordinator under Urban Meyer.

Louisville hired Strong as their head coach in 2010 and he later departed for the head-coaching job at Texas. He spent three seasons in Texas before being fired hired as USF’s head coach.

Strong spent the 2020 season at Alabama as a defensive analyst.