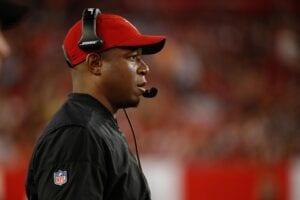 Morris actually interviewed for the Jaguars’ head-coaching job before they hired Meyer.

The Raiders reportedly had some interest in him as their defensive coordinator, but opted to his Gus Bradley instead.