According to Adam Schefter, the Jaguars brought in former Broncos HC Vic Fangio to interview for their head coach vacancy. 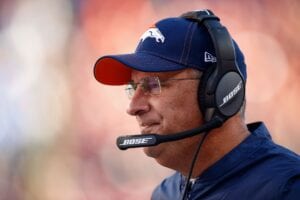 John Reid, citing a source, confirms that Jacksonville interviewed Fangio on Monday but that it was possibly for the defensive coordinator job.

Earlier this month, Jason La Canfora of CBS Sports reported that Jaguars GM Trent Baalke proposed to ownership to pair Alabama OC Bill O’Brien as head coach with Fangio as his defensive coordinator, so this is clearly something to keep an eye on.

It’s worth mentioning that Baalke was the 49ers’ general manager from 2011-2014 while Fangio was San Francisco’s defensive coordinator.

Jacksonville’s interest in Fangio comes after the Broncos hired Packers OC Nathaniel Hackett and Bears signed Colts DC Matt Eberflus after being considered finalists for the job. Meanwhile, the Jaguars and Buccaneers OC Byron Leftwich are reportedly not close to a deal.

He has worked for several teams including the Panthers, Colts, Texans, Ravens and 49ers before he was hired by the Bears as their defensive coordinator back in 2015. The Broncos hired Fangio as their head coach in 2019 but was fired earlier this month.