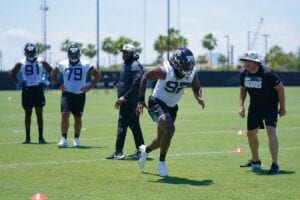 Smith went down during OTAs earlier this week and had to leave the field. It’s an unfortunate blow for the second-year player.

In 2021, Smith appeared in two games for the Jaguars and recorded one tackle.