Ian Rapoport of NFL Media reports that the Jaguars are parting ways with special assistant to the GM John Idzik. 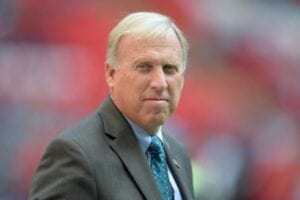 Idzik began his career as a WRs coach at Buffalo back in 1982. He held a few coaching jobs before taking his first NFL front office role in 1996 as the Buccaneers’ director of football administration.

From there, Idzik worked for the Cardinals and Seahawks before the Jets hired him as their GM for the 2013 season. He lasted just two years in New York before being fired.

The Jaguars brought Idzik on as a special assistant to GM Dave Caldwell.