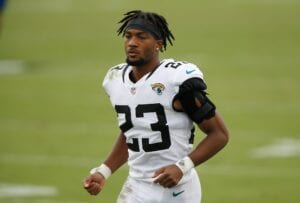 The contract includes a fifth-year option for the Jaguars to pick up for the 2024 season.

In 2020, Henderson has appeared in eight games for the Jaguars and recorded 36 tackles, one interception, a forced fumble and six passes defended.