The Jacksonville Jaguars have placed LB Kamalei Correa on the exempt/left squad list on Thursday. Mark Long mentions that this was for personal reasons. 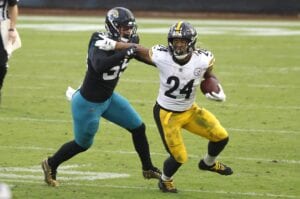 Correa requested a trade out of Tennessee before this year’s deadline.

Correa, 26, is a former second-round pick of the Ravens back in 2016. Baltimore traded him to the Titans for a sixth-round pick coming out of the 2018 preseason.

Correa played out the final year of his four-year, $5.749 million contract that includes $3.452 million guaranteed before returning to the Titans on a one-year deal worth up to $3.5 million this past April.

Correa was traded to the Jaguars as part of a pick swap.

In 2020, Kamalei Correa has appeared in nine games for the Titans and Jaguars and recorded nine tackles, no sacks and a pass defense.