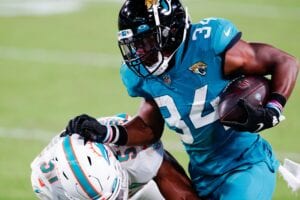 Other roster moves from the Jaguars include:

In 2020, Thompson has appeared in six games for the Jaguars and rushed for 17 yards on six carries to go along with 16 receptions for 111 yards receiving and one touchdown.