Tom Pelissero of NFL Media reports that the Jaguars are signing K Elliott Fry to a contract on Friday. 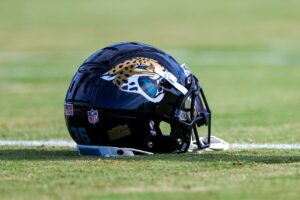 Fry was among a group of kickers who tried out for Jacksonville today.

The Bears signed him to a contract before cutting him loose during the preseason. From there, Fry had brief stints with the Ravens, Panthers, Buccaneers, Falcons, Chiefs, Packers and Bengals.

In 2021, Fry appeared in two games for the Chiefs and Bengals and converted 4 of 5 field goal attempts and 4 of 5 extra point tries.