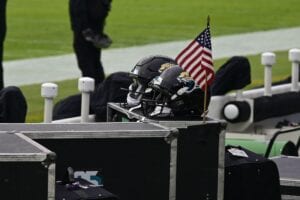 Colquitt, 38, is a former third-round pick of the Chiefs back in 2005. He’s played 15-years in Kansas City and was entering the final year of his three-year, $7.5 million contract and set to make a base salary of $1,950,000 for the 2020 season when the Chiefs released him back in April.

The Steelers later signed Colquitt to a contract before releasing him during the season. He was later signed to the Buccaneers’ pratice squad before joining the Jaguars a few weeks ago.

In 2020, Colquitt has appeared in six games for the Steelers and Jaguars, totaling 1133 punt yards on 26 attempts (43.6 YPA), which includes eight punts downed inside the 20-yard line.