The Jacksonville Jaguars brought in veteran offensive linemen D.J. Fluker and Shon Coleman for workouts, according to Aaron Wilson. 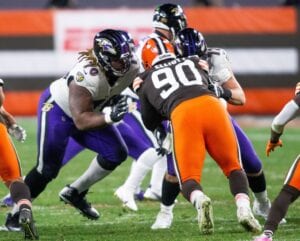 He later signed a one-year deal with the Ravens for the 2020 season before joining the Dolphins this past April. Miami released him with an injury settlement in August and he eventually signed on to the Raiders’ practice squad before eventually being released.