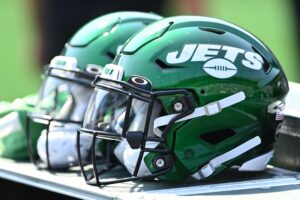 In 2021, Flacco has appeared in two games for the Jets and completed 64.3 percent of his passes for 338 yards, three touchdowns and no interceptions.