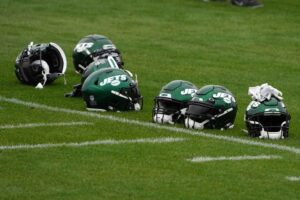 Becton, 23, was a three-year starter at Louisville and earned second-team All-American honors before being selected by the Jets with the No. 11 pick in the 2020 NFL Draft.