Per Tom Peliserro, the Jets have claimed DE Tim Ward and LB Quincy Williams off waivers. 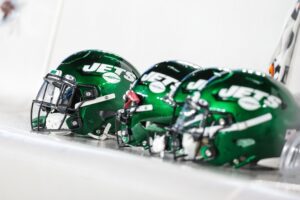 Ward was cut by the Chiefs and Williams by the Jaguars during final roster cutdowns yesterday.

Williams was a former third-round pick but he’s struggled to stay healthy and Jacksonville has an entirely new regime this year.