The New York Jets announced that they have designated RB Michael Carter, DE Bryce Huff, and TE Tyler Kroft to return from the injured reserve. 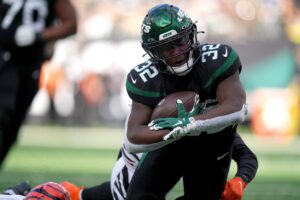 This opens a 21-day window for all three players to practice before being activated.