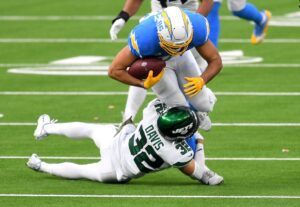 Davis, 25, was a four-year starter at California and was a finalist for the Burlsworth Trophy before the Jets selected him with the No. 68 pick in the 2020 draft.