According to Rich Cimini, the Jets placed OT Max Mitchell on the non-football injury list after blood clots were discovered in his calf and lung on Monday. 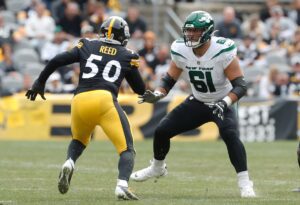 Cimini adds that Mitchell’s condition is not considered career-threatening and he’s been on medication for the last few months.

It was determined this week that Mitchell would miss the rest of the season.

Mitchell, 22, was named First Team All-Sun Belt and Third Team All-American in 2021. He was selected with the No. 111 overall pick in the fourth round by the Jets this past April.

In 2022, Mitchell has appeared in four games for the Jets, making four starts for them.

During his college career at Louisiana, Mitchell started at both left and right tackle for the Ragin’ Cajuns.