According to Tom Pelissero, Jets WR Jamison Crowder has tested positive for COVID-19 and will be going on the team’s reserve list, which leaves his status for Week 1 “up in the air.” 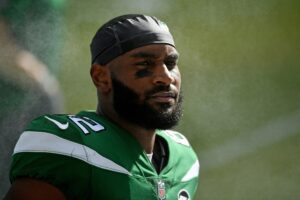 Pelissero adds that Crowder is believed to be an isolated case.