Steve Wyche of NFL Media reports that former Rams’ CB coach Aubrey Pleasant has been hired by the Lions as a secondary coach and passing game coordinator. 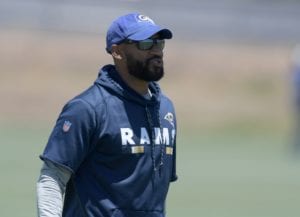 New Lions GM Brad Holmes worked with Pleasant while they were together in Los Angeles.

Pleasant took his first college coaching job in 2012 with Michigan as their assistant DBs coach. From there, he worked for the Browns, Redskins before joining the Rams in 2017.

Pleasant has coached both sides of the ball and eventually settled in as the Rams’ CBs coach.