According to Dave Birkett, Lions P Jack Fox has signed his exclusive rights free agent tender, with Birkett adding that the two sides will likely agree on a long-term extension this summer. 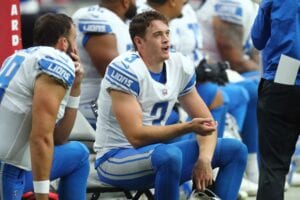 Fox, 25, wound up going undrafted out of Rice back in 2019. He later signed on with the Chiefs before being waived and added to their practice squad during the 2019 season.

From there, Fox was signed to the Lions’ practice squad and returned to Detroit on a futures contract. Last offseason he re-signed as an exclusive rights free agent.