The Detroit Lions have officially exercised their fifth-year option on C Frank Ragnow, according to Ian Rapoport. 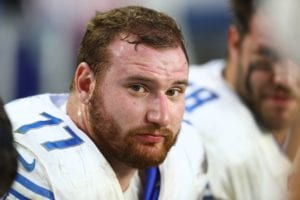 The fifth-year option will cost the Lions $12.657 million guaranteed for the 2022 season, but will not prevent them from negotiating a long-term deal over the next year or so.

Ragnow, 24, is a former first-round pick of the Lions back in 2018. He’s currently in the final year of his four-year, $11.7 million contract with the Lions.

In 2020, Ragnow appeared in 14 games for the Lions, making 14 starts for them at center. Pro Football Focus has him rated as the No. 3 center out of 36 qualifying players.