The Detroit Lions announced that they have placed CB Amani Oruwariye on injured reserve. 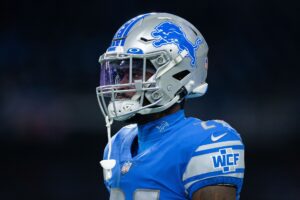 In 2021, Oruwariye has appeared in 14 games for the Lions and recorded 57 tackles to go with 11 deflections and a career-high six interceptions.

We will have more news on Oruwariye as it becomes available.