The Detroit Lions officially re-signed OT Matt Nelson to a one-year exclusive rights contract for the 2021 season on Monday. 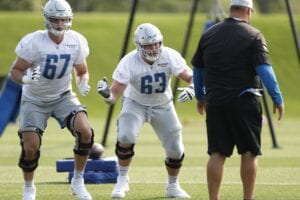 Nelson, 25, signed with the Lions as an undrafted free agent out of Iowa in 2019. He was waived coming out of camp and re-signed to the practice squad.

Nelson signed a futures deal for the 2020 season and managed to make the team. He was tendered as an exclusive rights free agent for 2021.

In 2020, Nelson appeared in all 16 games for the Lions and made one start.