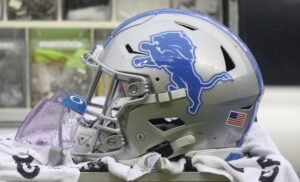 Igwebuike, 27, wound up signing on with the Buccaneers as an undrafted free agent out of Northwestern back in 2018. He agreed to a three-year, $1.71 mill contract but was waived by the Buccaneers coming out of the preseason.

The Buccaneers later signed Igwebuike to their practice squad. He later had brief stints with the 49ers, Eagles and Jets before signing a futures contract with the Lions last year.

In 2021, Igwebuike appeared in all 17 games for the Lions and rushed for 118 yards on 18 carries (6.6 YPC) to go along with six receptions for 60 yards receiving and one touchdown.