Detroit worked out Sheppard multiple times including earlier in the week, so he was clearly on their radar as a potential addition.

Sheppard, 30, is a former third-round pick of the Bills back in 2011. He lasted over two years in Buffalo before he was traded to the Colts in return for DE Jerry Hughes.

In 2017, Sheppard appeared in seven games for the Giants and recorded 49 tackles, two interceptions and four pass defenses. 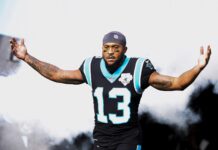 171,358FansLike
7,623FollowersFollow
251,941FollowersFollow
© NFLTradeRumors.co is an independent news source and has no affiliation with the National Football League (NFL), NFL.com, or any team(s).
wpDiscuz