Ryan Dunleavy of the New York Post hears that there’s “mutual interest” between the Giants and free agent DB Jason McCourty. Although, Dunleavy says the Giants are unlikely to be the only team with interest in him at this point in time. 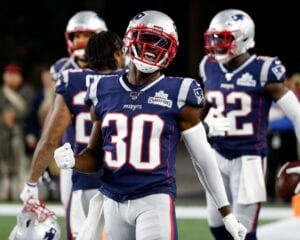 McCourty has obvious ties to the Giants, considering he was in New England while Joe Judge was serving as their special teams coordinator.

McCourty, 33, is a former sixth-round pick of the Titans back in 2009. He spent eight years of his career with Tennessee and was in the final year of his six-year, $44.26 million contract when the Titans elected to release him.

In 2020, McCourty appeared in all 16 games for the Patriots and recorded 41 tackles, no interceptions and three passes defended.