Rams HC Sean McVay says that experience was one of the main factors that led the team to trade the Patriots for RB Sony Michel.

“It was an opportunity to acquire a really good player that’s had a lot of success,” McVay said, via RamsWire.com. “He offers a physical presence to our room. We feel good about the running back situation, but some of the volatility of what Darrell has gone through even just throughout the course of the camp wanted to make sure you got somebody else that’s played in big-time games, that brings a physical presence to that room. Experience, playing in the big-time games. I think he’s a nice complement to what we already have in terms of when you look at the confidence that we have in Darrell Henderson and what he’s been able to do when he’s been available for us. Then, as I said, I’ve been really pleased with what Jake Funk’s done over the last really couple of weeks. Really showing great maturity for a rookie player, did some really good things out there today.

“So, I think Sony definitely helps solidify just the foundation of that room, but what his role is, is to be determined. He’s got a track record that kind of and a resume that speaks for itself. You never know because if you had told me that some of those games were going to come up, that wasn’t necessarily part of the plan. But you think about the games like New England is the one that comes to mind, I didn’t anticipate us being able to run the ball that efficiently and stick with the ground game. But if you can do that, you’re going to continue to activate that part of your offense. Is he capable of it? Absolutely. His track record says that. Whether that becomes exactly what happens with us or not is to be determined.” 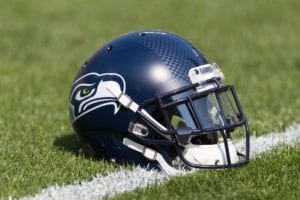 “The fact that Tre Brown is down right now, that’s why John Reid is coming in,” Carroll said, via Pro Football Talk. “We wanted to make sure that we had depth and had the kind of competitive speed that we need out there.”

Carroll added he is happy to have Reid’s consistency and reliability, and his familiarity with assistant ST coach Tracy Smith helps as well.

“Steady. Has played nickel. Shows versatility. Has played inside and outside. Has really good speed. Been an active player,” Carroll said. “We’re continuing to seek depth and he had played for Tracy in Houston so he has some background on him and we kind of knew what we were getting so it helps us out.”