The Philadelphia Eagles have announced that they have made the decision to “franchise” Michael Vick and give David Akers the “transition” tag.

We have been expecting the Eagles to “franchise” Vick for some time now but it’s interesting to see that Philadelphia chose to give Akers the “transition” tag. Michael Vick was probably hoping for a longterm contract but franchise tag will at least pay him a large salary for the 2011 season.

The Eagles will still have to make a decision regarding whether or not to trade Kevin Kolb once a new CBA is in place. Whatever they choose to do with Kolb will end up having an impact on how they handle Vick so I sure that this will be a decision that they discuss for a good while. Kolb provides the some good insurance but has a chance to net them a first-round draft and seems to be a growing number of people who feel that Kolb has better chance of staying than getting traded.

Maybe the plan is to franchise Vick for next year and then turn the team over to Kolb in 2012 while they let Vick walk and get a compensatory draft pick in return. The problem for Vick is that his productivity is directly tied to his ability to take off an run at time. Speed is the first physical attribute to decline in a player during their mid-thirties and when you consider that Vick takes plenty more hits than the average quarterback, it’s clear that it would be a gamble for any team to commit a longterm contract to Michael Vick. Kolb is their safest option and wouldn’t expect Philly to part with him, even for a first0round draft pick. 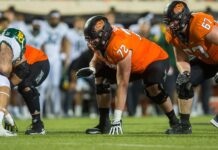