Geoff Hobson of Bengals.com gets the sense that the Bengals won’t make either offensive tackles Andrew Whitworth or Andre Smith available for trade this offseason.

The idea would seemingly make sense after the Bengals used their first- and second-round picks on Cedric Ogbuehi and Jake Fisher. On top of that, there are already a few teams in need of help at offensive tackle, so there could actually be a trade market for either player.

However, Hobson mentions that you can never have enough tackles and both players would give them some solid insurance at the position.

Interestingly enough, Hobson writes that if it were up to him, he would reach out to the Broncos, who some expected to take Fisher in round of this year’s NFL Draft, and see if WR Emmanuel Sanders was available for trade.

Cardinals HC Bruce Arians said that the team wants to have LB Daryl Washington back if he’s reinstated by the NFL and he’s just fine with him returning to the team.

“If he’s reinstated by the league, I know this – our players want him back in the locker room,” Arias said, via Bob McManaman of AZCentral.com. “That’s fine by me.”

Interestingly enough, Packers NT B.J. Raji said that he found more interest as a free agent this offseason, even though he was coming off of a season-ending bicep tear, than he did last year.

“I actually, ironically, had more interest this time around than last year,”said Raji, via Jason Wilde of ESPNWisconsin.com. “I’m talking about as far as the contending teams. I had two, three playoff teams.”

According to Raji, the Patriots were among the teams that contacted him a few months ago.Vikings 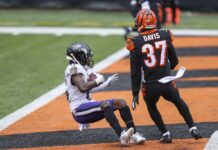 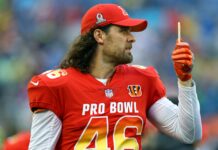