The Green Bay Packers made a series of roster moves ahead of their Week 17 game against the Vikings. 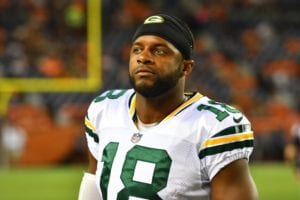 Cobb has 21 days to practice with the team before he has to be added to the active roster. He’s recovering from core muscle surgery.

The Packers traded with Houston in 2021 for the rights to Cobb in exchange for a sixth-round draft pick, reuniting him with QB Aaron Rodgers.

In 2021, Cobb has appeared in 12 games for the Packers and caught 28 passes for 375 yards receiving and five touchdowns.

Aaron Rodgers: ‘I Don’t Want To Be Part Of A Rebuild If I’m Going To Keep Playing’