According to Matt Schneidman, the Packers are signing WR Dede Westbrook to their practice squad, as well as LB Tim Ward, which was first reported by Nate Bouda of NFLTradeRumors. 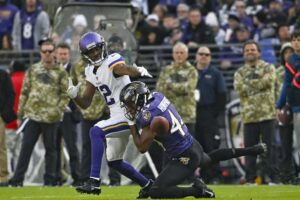 Westbrook was testing the open market as an unrestricted free agent when he eventually signed on with the Vikings last offseason.