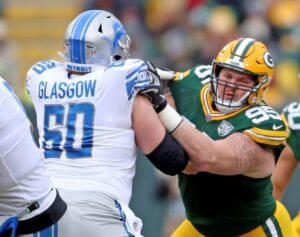 Lancaster, 26, wound up going undrafted out of Northwestern back in 2018. He later agreed to a three-year, $1.71 million contract with the Packers, but was waived coming out of the preseason and later re-signed to their practice squad.

The Packers promoted Lancaster midseason and returned to Green Bay on exclusive rights deals before agreeing to a new contract this past March.

In 2021, Lancaster has appeared in three games for the Packers and recorded five tackles and no sacks.