Adam Schefter reports that the Packers are signing OT Jared Veldheer off of the Colts’ practice squad. 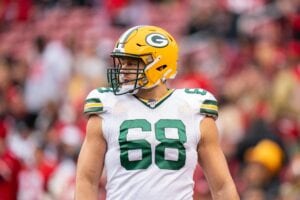 Veldheer, 33, is a former third-round pick of the Raiders back in 2010. After four years in Oakland, Veldheer signed a five-year, $35 million contract that included $10.5 million guaranteed with the Cardinals in March of 2014.

The Patriots then signed Veldheer to a one-year, $6.5 million deal but he retired a few months later. Vehldeer was claimed off of waivers by the Packers after he came out of retirement and was released by the Patriots.

Veldheer expressed a desire to keep playing in 2020 and was set to join the Cowboys, but once again changed his mind and opted to stay retired. However, he officially signed with the Colts’ practice squad and had been on and off of their roster in recent weeks.