The Green Bay Packers hosted free agent WR John Brown for a tryout on Wednesday, according to Field Yates. 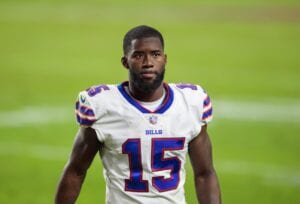 Other tryouts for the Packers on Wednesday include:

Brown, 32, was a third-round pick of the Cardinals back in 2014. He played out the final year of his four-year, $2,798,900 contract with the Arizona Cardinals before agreeing to a one-year contract worth $5 million with the Ravens.

However, Brown asked for and was granted his release by the Raiders coming out of the preseason. From there, he had stints with the Broncos and Jaguars before joining the Buccaneers late last season.

In 2021, Brown appeared in four games for the Broncos and Jaguars, and was targeted three times but had no receptions.