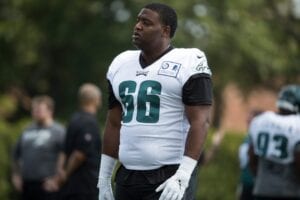 Rush caught on with the Raiders but was again waived coming out of the preseason. From there, he re-signed to the Eagles’ active roster, but was waived again coming out of camp this year.

He had a brief stint on the Seahawks’ practice squad before catching on with the Bears. The Packers later claimed Rush off of waivers.

In 2020, Rush has appeared in five games for the Seahawks and Packers, recording six tackles and 0.5 sacks.