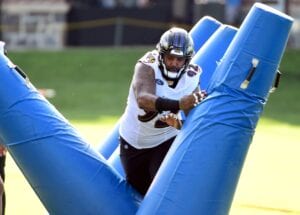 Willis, 24, wound up going undrafted out of Miami back in May of last year and signed a three-year, $1.755 million contract with the Ravens. However, Baltimore waived him coming out of the preseason.

Willis later signed on to the Dolphins’ practice squad and was eventually promoted to their active roster in November, but sustained a season-ending injury a month later. Miami waived Willis back in April and he was later claimed by the Packers.

In 2019, Willis appeared in two games and recorded two total tackles and no sacks.