According to Field Yates, the Packers are waiving RB Patrick Taylor in order to make room for LB Justin Hollins, who was claimed off of waivers by Green Bay from the Rams. 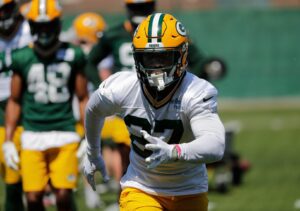 Taylor, 24, wound up going undrafted out of Memphis back in 2020. He later signed a rookie contract with the Packers but was placed on non-football injury with a foot injury coming out of training camp.

Taylor has been on and off of the Packers’ practice squad ever since.

In 2022, Taylor has appeared in seven games for the Packers but has yet to receive a carry.