According to Joe Person, the Panthers are also hosting veteran RB T.J. Yeldon and K Zane Gonzalez for tryouts at minicamp this week. 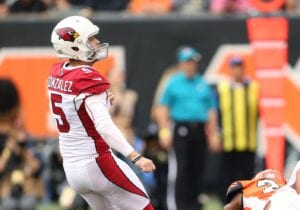 Veteran S Ha Ha Clinton-Dix is also among the players trying out for Carolina. The full group of five players includes S Tenny Adewusi and WR Rashard Davis as well, per Darin Gantt.

Yeldon, 27, is a former second-round pick of the Jaguars back in 2015. He played out his four-year, $5.913 million rookie contract that included $3.699 million guaranteed.

The Jaguars allowed Yeldon to leave in free agency and he later signed a two-year contract with the Bills. He was testing the market again as an unrestricted free agent in 2021.

In 2020, Yeldon appeared in three games for the Bills and rushed for 70 yards on 10 carries (7 YPC) to go along with one reception for 22 yards and a touchdown.

The Cardinals later signed Gonzalez to their practice squad before promoting him to their active roster during the 2018 season. Arizona brought him back on a one-year restricted tender in 2020 worth $3.27 million.