The Carolina Panthers announced a series of roster moves on Saturday. 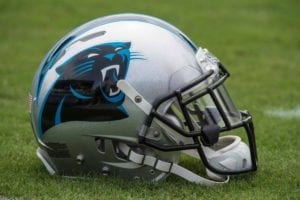 Taylor, 30, was signed as an undrafted free agent out of Florida Atlantic by the Panthers in 2014.  He was released as a part of final roster cuts and signed to the practice squad.

The Panthers released Taylor again at the end of the preseason the next year and he later signed on with the Buccaneers.

The Browns signed Taylor to a two-year, $5 million deal in 2019 only to cut him loose this past February. He later signed on with the Panthers this summer.

In 2020, Taylor has appeared in nine games for the Panthers and recorded 12 tackles and no sacks.