David Newton reports the Panthers released veteran CB Rashaan Melvin in their cutdown to 53 on Tuesday. 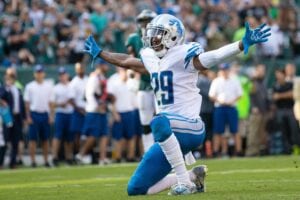 In 2020, he signed a one-year, $2.25 million deal with the Jaguars, but opted out of the season. Jacksonville released him after the season.