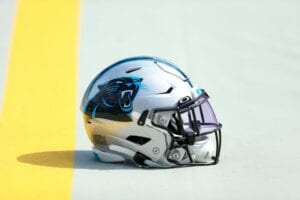 Here’s the list of roster cuts for the Panthers:

The Ravens traded Vedvik to the Vikings for a fifth-round pick, but he was cut loose after only a few weeks. New York claimed Vedvik off of waivers before waiving him a few weeks into the regular season.

Vedvik later signed on to the Bears’ practice squad in December. From there, he agreed to a futures contract with the Bills before being waived last month. The Panthers claimed him off waivers from Buffalo shortly after.