According to Doug Kyed, the Carolina Panthers are signing RB Jacques Patrick to their practice squad. 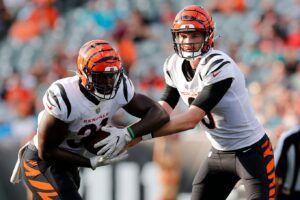 Patrick, 24, wound up going undrafted out of Florida State back in April of 2019. He didn’t catch on with an NFL team, but was drafted by the Tampa Bay Vipers of the XFL for their 2020 season.

In April, Patrick signed a three-year deal with the Bengals. He was waived coming out of camp and re-signed to the practice squad, where he spent the rest of the season. He returned to Cincinnati on a futures deal for 2021 and was once again waived and brought back to the practice squad.